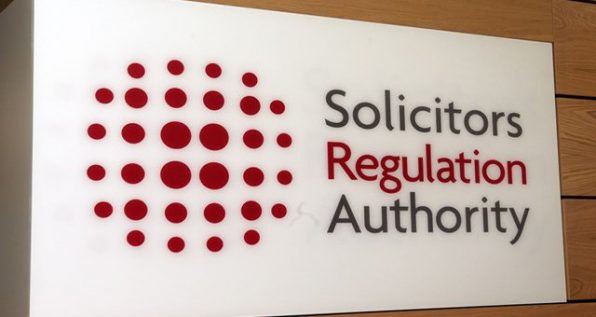 The fifteenth version of the Handbook was published on 1 November 2015, and all the changes in this version came into effect on that date. The changes are outlined in these notes: please refer to the Handbook itself for full details.

Chapter 12 of the SRA Code of Conduct 2011 has been amended to replace restrictions on links with certain types of separate business with new outcomes on client protection when separate businesses are involved.

The SRA Practice Framework Rules have been amended to allow a wider range of professional activities to be carried out within recognised bodies and recognised sole practices.

The SRA Accounts Rules 2011 and the SRA Overseas Rules 2013 have been amended. The changes are:

Changes have been made throughout the Handbook to reflect the new approach to the way the SRA authorises sole practitioners and to remove various references to Recognised Sole Practitioners. From 1 November 2015:

The SRA has introduced a number of changes and improvements to its regulatory arrangements through the Amendments to Regulatory Arrangements (Regulatory Reform Programme) Rules 2015 and made changes to the SRA Code of Conduct 2011, SRA Authorisation Rules 2011 and SRA Practising Regulations 2011.

The SRA Training Regulations 2014 have been amended – Qualification and Provider Regulations to enable people to qualify as a solicitor through completing an apprenticeship.

The requirement in the SRA Qualified Lawyer Transfer Scheme Regulations 2011 for candidates to obtain a certificate of eligibility has been removed.

Guidance to Rule 5.11 of the SRA Financial Services (Scope) Rules 2001 has been amended to reflect the extension of the transitional period which will now run until 31 March 2016.

The SRA Insolvency Practice Rules 2012 have been removed to give effect to the SRA’s decision to cease regulating solicitor insolvency practitioners from 1 November 2015.

END_OF_DOCUMENT_TOKEN_TO_BE_REPLACED

END_OF_DOCUMENT_TOKEN_TO_BE_REPLACED
We use cookies on our website to give you the most relevant experience by remembering your preferences and repeat visits. By clicking “Accept”, you consent to the use of ALL the cookies.
Cookie settingsACCEPT
Manage consent