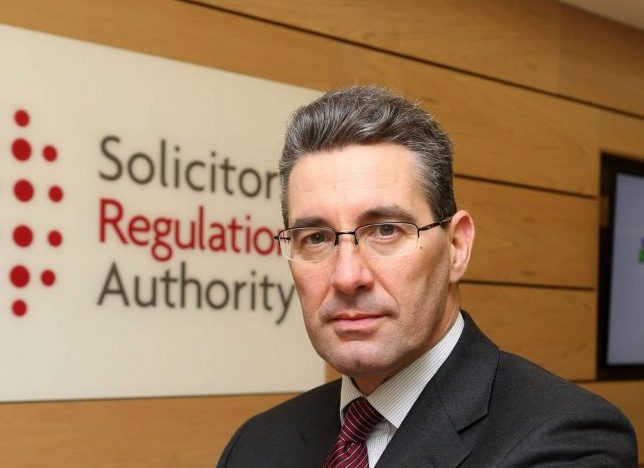 The Solicitors Regulation Authority adopted a new way to judge lawyers’ competence yesterday, which will for the first time mean it does not need to rely entirely on expert opinion or case law.

Speaking after the SRA board approved the final version of the ‘competence statement’, chief executive Paul Philip said it could be used in enforcement proceedings against solicitors.

“Conceptually, the statement is actionable from a regulatory perspective,” Mr Philip told a press briefing.

“We are not talking about a one-off piece of bad advice, but consistently delivering poor-quality advice, which could be actionable – for example if it’s an asylum advice case and someone is deported.”

Mr Philip said the new competence statement would be published in the first week of April. This would allow it to be used by law firms and organisations wanting to adopt the SRA’s new competence-based CPD regime from next month, instead of the hours-based system.

The chief executive added that the SRA’s 125 in-house solicitors would all be moving to the new system.

SRA chair Enid Rowlands said competence-based training had been around for ages and was seen as “standard practice” across a whole range of sectors. “The concept is ideal for the solicitor’s profession – it’s so diverse.”

The SRA board was told that 72 responses had been received to its consultation on the competence statement, showing “broad support” for the change.

However, referring to responses from the Association of Law Teachers, the University of Law, the Law Society and City of London Law Society, the regulator said some respondents were concerned to ensure that “qualification as a solicitor was tied explicitly to graduateness”.

Crispin Passmore, executive director at the SRA, said: “We must not confuse the level of competence with the way you demonstrate it. Having a degree is not the only way to demonstrate competence. There are different ways to get to graduate level. Foreign lawyers doing the transfer test are not required to have a degree.”

Mr Passmore said solicitors could also have come through the chartered legal executive route, and the apprenticeship route would soon provide another alternative.

Mr Philip added: “We agree with the University of Law that we’re here to uphold high standards. Can you be a good lawyer without having a degree and an LPC? Yes, you can.”

Earlier board member David Willis, ex-joint chief executive of Herbert Smith Freehills, warned that “there are clearly still people in the regulated community who would like to portray what we do as lowering standards”.

Mr Willis said the regulator would have to make sure it was getting its message across.

“There are some vested interests who will attack what we’re trying to do. We will have to win the communications battle.”

END_OF_DOCUMENT_TOKEN_TO_BE_REPLACED

END_OF_DOCUMENT_TOKEN_TO_BE_REPLACED
We use cookies on our website to give you the most relevant experience by remembering your preferences and repeat visits. By clicking “Accept”, you consent to the use of ALL the cookies.
Cookie settingsACCEPT
Manage consent